On June 3, Millis High School graduated a class of 93 students during its 118th commencement exercises.
Bethany Steiner will be recognized at graduation ceremonies as the class Valedictorian. Bethany achieved the highest cumulative grade point average for the class. Bethany is President of the National Honor Society, founded the Millis High School Happiness Club, is a member of the Leo’s Club, a Peer Leader, and part of the Chemistry Club. A decorated student-athlete, Bethany has been a two-year Captain of the indoor and outdoor track and field teams, and has a chance at the end of this spring track campaign to be a Tri-Valley League All-Star for all four years in both seasons. She’s represented Millis High at the State, New England and National levels in track and field. In addition, Bethany served as Captain of the soccer team this past season, a sport in which she has also been a Tri-Valley League All-Star. Bethany helped the soccer team to back-to-back state championships in 2017 & 2018, and fell just short of a third straight title, losing in the state championship game in 2019. Last year, Bethany was the school’s recipient of the Harvard Book Award, and this year she earned the Millis Superintendent’s Award. A member of our grades 1-12 Spanish Immersion Program, Bethany will graduate having earned a dual diploma from the Spanish Consulate, as Millis is an International Spanish Academy. She will be attending Syracuse University next fall, where she will major in Exercise Science, while minoring in Nutrition and Spanish, and competing as a member of both the cross country and track and field teams. Bethany is the daughter of Brian and Christine Steiner of Millis. 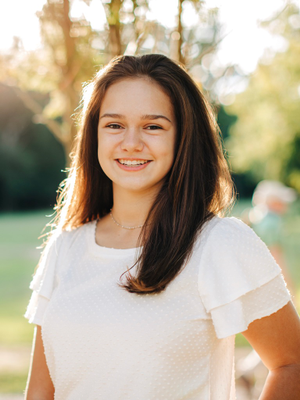 Megan Wilcox is Salutatorian of the Millis High School Class of 2021. Wilcox will attend Northeastern University in the fall.

Megan Wilcox is Millis High School’s Salutatorian for 2021. Megan is Co-Vice President of our School-Wide Student Council this year, has been her class Student Council Treasurer for all four years of high school, serves as Vice President of the Leo’s Club, and Treasurer of the Chemistry Club. A member of the National Honor Society, and a Peer Leader, Megan has won a number of awards over the years including: Excellence in Honors Biology, Excellence in Art, Design and New Media, Excellence in Health, Excellence in Spanish III, the Fibonacci Award for Excellence in Algebra II, Excellence in British Literature, and last year was the school’s recipient of the Wellesley College Book Award. Megan helped the soccer team to back-to-back state championships in 2017 and 2018, and fell just short of a third straight title, losing in the state championship game in 2019. Megan has also been part of both the winter and spring track teams, and this past year served as one of the captains of the winter track team. Megan will be attending Northeastern University next fall, where she will be in the honors program and majoring in health science. She is the daughter of Reginald and Kristin Wilcox of Millis.