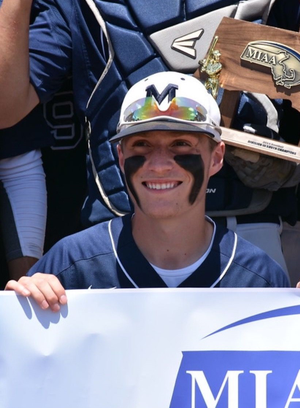 Troy Newman made the jump from Medway High’s freshman baseball squad to a starting role in centerfield as a sophomore on the Mustangs’ varsity. And, he made it look easy.